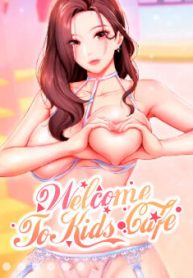 hentaicomics.xyz Comics is created as a tool to illustrate the idea clearly by the image with text or visual information. Comics is often recognized by the series of image supported by textual devices such as speech balloons, captions and onomatopoeia

Jae-ho, a part-time student forced to work in a ‘Kid Cafe spending his difficult day with polarized mothers with the promise that his childhood friend will not tell on him in front of his parents that he was having sex in his apartment with a certain girl.

If I Don’t Fuck Them, I’ll Die